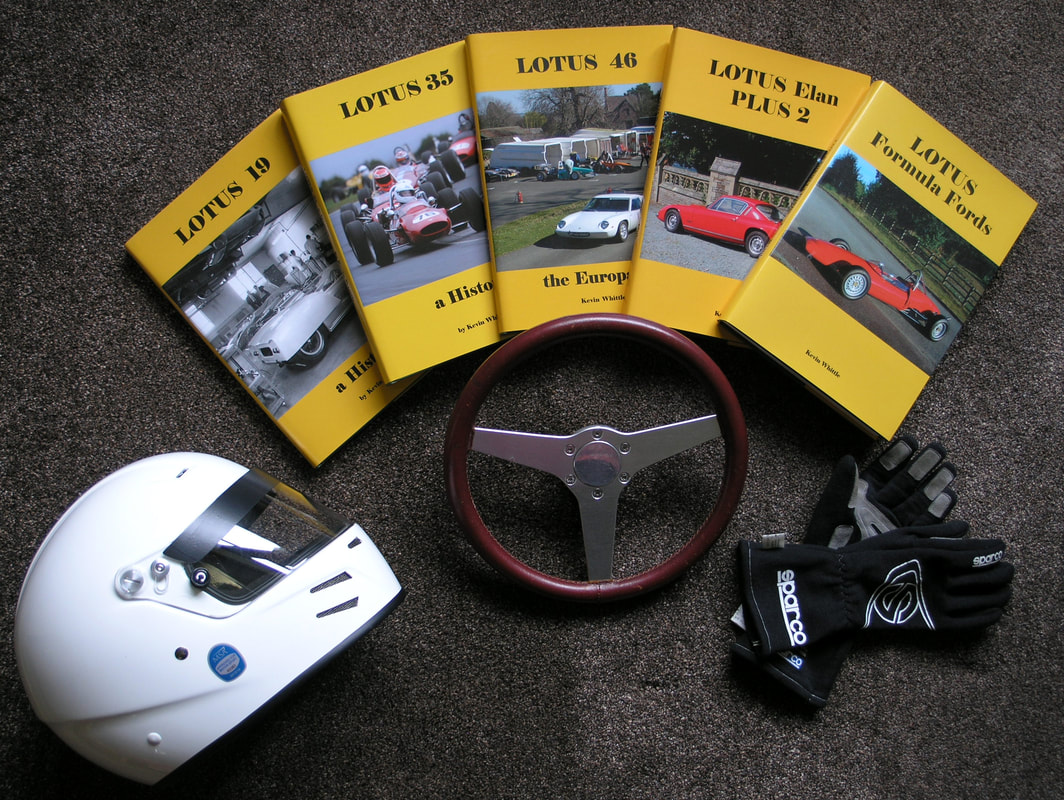 Background to the books

I have long admired the road and racing cars built by the Lotus company, from a tiny start building Austin 7 Specials to becoming Formula One World Champions.

That takes some very special talents.
Anthony Colin Bruce Chapman had talent in spades, as a car designer, as a man manager/motivator, and as a far sighted technical genius.

Having owned many examples of Lotus cars and collected over too many years the knowledge and skills to maintain and overhaul some of the finest cars built in the mid 20th Century; I thought others may find the results interesting and useful.
The books listed on this website are written  with the knowledge gained as an owner/competitor/restorer. Each book starts with an assessment of what Lotus were  building, the car that proceeded the subject of the books. It tries to place the car in context   of what other cars were available, the relative cars in the market place.
No punches are pulled, for example Lotus missed a huge opportunity to build more Lotus 19B and fit large American V8s. If they had done so then Can-Am would have been a Lotus triumph; and perhaps the “GT40” would have been a Lotus product.

Of course credit is due to the Lotus innovations, the Lotus 25 monocoque cars, a huge step forward in building a safer and stiffer race car. But then building the far too flexible Lotus 30/40, despite designer Len Terrys’ advice regarding the Elan style chassis. Lotus seemed to make huge strides in car design, and then ignore its own expertise and knowledge. Colin Chapman was a genius, but needed some one strong enough to stand up and point out the flaws in his thinking. He undoubtedly collected the best brains in the aircraft industry to work unpaid at Lotus in their ‘spare’ time, read all night sessions. De Havilland Aircraft Co. was nearby and were innovators from the composite ply/balsa Mosquito, and were now building Vampire jet fighters and the worlds first jet airliner the Comet.  From the Ford Motor Co. came stylist, (and much more) Ron Hickman. All found inspiration from the ever fertile mind of Colin Chapman.

The story of Lotus, its rise to preeminence is a fascinating story, my books, model by model, try to shine a light on what a tiny company achieved. It’s a fascinating story that I have only touched upon, but hopefully will encourage readers to explore further the story of Lotus.
But the books have been written to provide an in-depth examination of the model in question, its variations and how to maintain and overhaul the road cars. For the racers its more about past successes, the engineering of the cars in real detail. The engines fitted, the gearboxes employed the real ‘nuts and bolts’ of the car. All topped off with period photos, period advertising of cars for sale, to give the fullest possible picture. With the Plus 2 book the introduction of the UK wide 70mph speed limit is considered, as well as the growth in car ownership.

The books have all received good reviews from America to Austria as well as home grown coverage. The number of books printed has been limited to 250, and have been aimed at the quality market.. Production values, colour reproduction is first class.

To select a book, click on a picture below for more information